Memorial Day-Remember the thousands who lost their lives on 9/11 and the hundreds of thousands since! 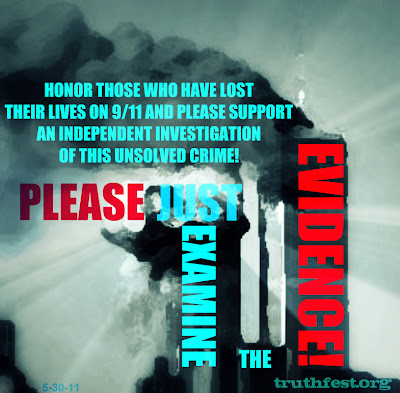 We owe it to the hundreds of thousands of people who died because of 9/11, this includes all those on both sides who died simply because the Military Industrial Complex wants to further their propaganda, which is trying keeping us scared and ready to let them take away all our liberties!  It is now more than ever, so obvious that if we brought home all our troops, most of the fighting would cease. Are we able to put ourselves in their shoes and imagine how we would react to a foreign country invading our homeland and killing our family and friends? I would like to think we would be shooting back at them.  Can't we see that all we are doing is stirring up the ant bed!  And why did we go into Iraq in the first place?  They told us a story that it was to take out Saddam Hussein.  Ok, they took him out in December 2006, so why the hell are we still fighting this war and extending the war funding, 4 1/2 years later!
I hope that this Memorial Day, people will not only honor the veterans who lost their lives fighting for what they believed in, but also use this as a time to reflect on the concept of how many veterans and civilians have lost their lives, just in the last decade, fighting wars that were unnecessary and under false pretenses. Examine the evidence of 9/11 and look at the evidence with logic, instead of with the nationalistic filter of what you were told or think happened because it's such a feel good for America kind of story. I recommend visiting ae911truth.org and see for yourself the evidence that over 1500 architects and engineers have for why there is no doubt that the official story we were told was complete bull shit!

Please feel free to use and share my art work.
http://www.truthfest.org/activist-art.html